Does Death Have Value?

Each year the blooming Michigan springtime turns into the bustle and awe of the vibrant green summer and returns into the dark, silence of winter. As soon as we become enamored or annoyed by the sunshine, or lack thereof, the tides turn and season shift once again.

However, in other parts of the world, life is either in an immortal summer and frost. While the changing of seasons has fostered a respect for death, the tropical flourishing of palm trees and cacti provide insight into the beauty of eternal vitality. This dichotomy helps me to understand some of my biases towards death as an essential value, though others may disagree. First, allow me to provide some back story.

The Importance of Limitation

As a therapist and appreciator of life, I enjoy many of the tenets of existential philosophy. Part of this ideology is that we human beings create our own meaning, rather than uncovering it in the world. Essentially, life is a blank canvas for us to paint whatever we would like upon it. In addition, existentialism denies any sort of afterlife. A lot of people see this as kind of depressing, which is understandable. Some of us take comfort in the fact that when we die we are recycled into the same matter and energy that composes the rest of the universe, while others find hope in an eternal afterlife.

Others, including myself, believe death adds value to our life by magnifying the importance of the small amount of time we have to roam about. I’ll admit, it is a bit morbid. Yet, my appreciation of spring and summer is intensified by the fact that it only comes around for part of the year and have also learned to appreciate the gloomier sides of fall and winter. The end is the beginning is the end, so to speak.

Recently, some close friends of mine were discussing one day achieving immortality through technology and the value of life and death. They asked if I would chose immortal life if I had the opportunity. Given my appreciation for endings, I answered no under the assumption that the more of something we have, the less value it holds. Their response really threw a wrench in my worldview.

They explained that if humans had, say 100,000 years to live, it would actually add value to life because we would be able to accomplish goals unreachable with a 100 year lifespan. As our time increases , so does opportunity.

For example, one of my friend’s goals is to see human life expand beyond the solar system. This is something that may not happen for thousands of years and dying would prevent him from ever having this experience. If we wanted to learn several languages, become a doctor, read all of the literary classics, or travel the world and then some, a exponentially longer life would allow us to do so.

I hadn’t thought of immortality in this way. I had imagined eons of suffering, the increasing pace of time perception and witnessing generations of loved ones perish. In addition, it seems that pleasure loses substance the more we have of it. Such an existence would be like a never ending movie. No climax, no resolution, no point.

So, is death valuable? If one day you are able to upload your consciousness and live 100,000 years, would you do it? If we are able to “cure” death, would we miss it?

In my experience, larger quantities diminishes quality. If we have more life, we will spend it with less care. We would not value the seasons of life, but rather be trapped in a perpetual state of youth. However, there are pros and cons to both sides. Some prefer the eternal summer of the Bahamas while I feel quite comfortable with the flowing seasons. So can be said of youth and aging.

At this point, immortality is wishful thinking, though it begs important questions. The importance of the question lies in how it jars the mind out of our rigid values so we may consider new possibilities. Unless technology is developed within the next century to eliminate death it is wiser to appreciate the moments we have rather than wish for more.

While it is a rather solemn topic to discuss, I sit at my desk and watch once yellow dandelions fade to a white hue. They prepare to end their brief existence before splintering off into the wind in order to release its offspring into the air. I find hope in this process. Though I will one day crinkle and crack with old age, I believe I will return to the great hum of the cosmos. That is the essence of tragedy: to feel great life in the presence of death. 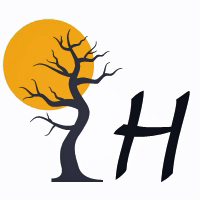 Hough Counseling and Assessments office is open for face-to-face and Telehealth sessions. We are taking the necessary precautions to keep everyone safe during the COVID-19 Pandemic: temperature checks, wearing masks, social distancing and keeping surfaces clean.  If interested, leave your contact information at (248) 528-0157 or [email protected] and we will contact you to set up an appointment.